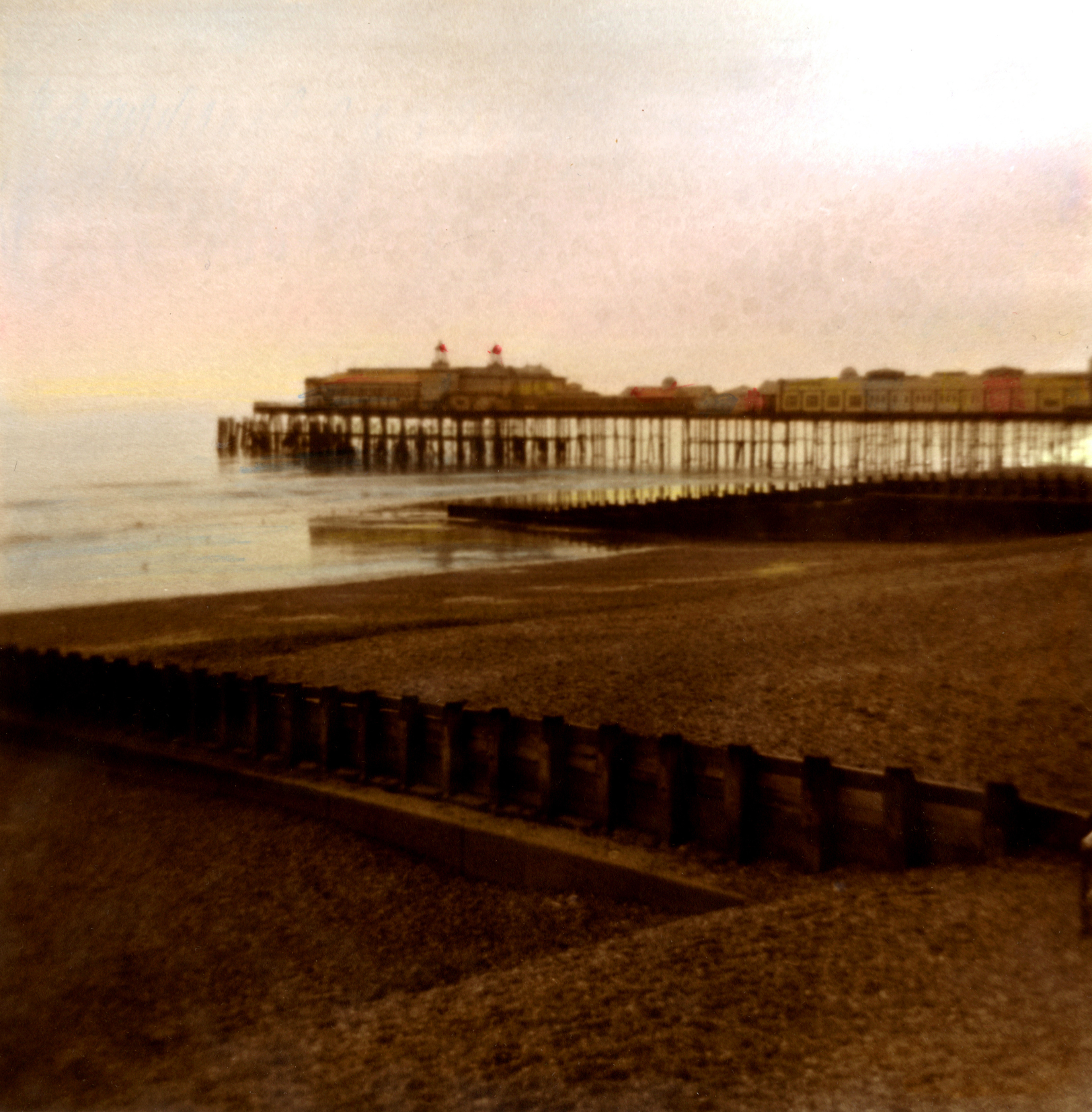 One of our talented Sujac Studio artists, Jim Zver, has four of his photos being used in an upcoming film. The hand-colored photos were taken at the right place at the right time with his Holga camera. They have what Jim calls an “interesting and sad aspect” to them.

Jim took the four photos back in October of 2010 while visiting friends who lived in St. Leonards-on-Sea, a town adjoining Hastings in England. On the day he arrived at his friend’s house, he walked to the promenade at the end of their street. It runs along the English Channel for several miles into Hastings. The Victorian pavilion, closed at the time since it was being renovated, was the most prominent feature along its length. He took six pictures of it from different aspects with his Holga camera. 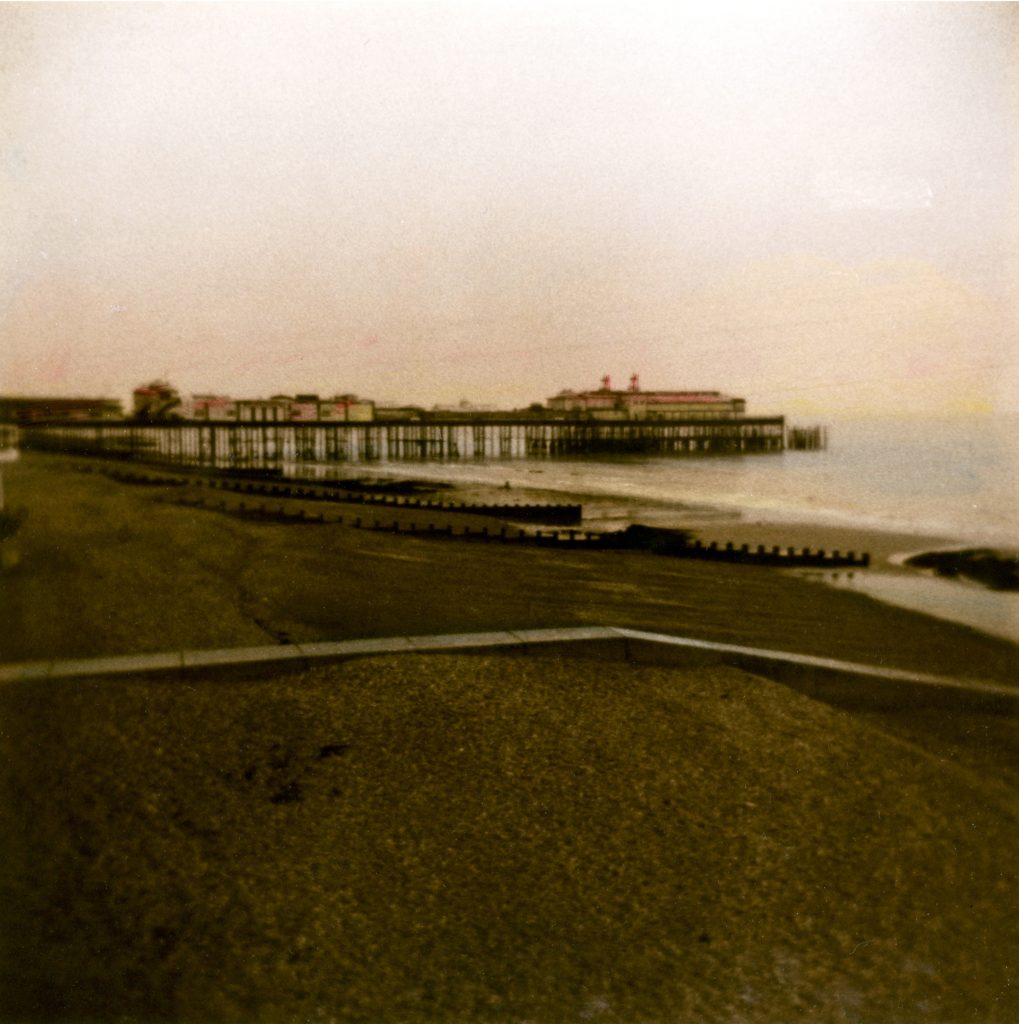 Jim says that his Holga camera is a simple, inexpensive Chinese camera that uses 2 ¼ x 2 ¼ inch film. The lens is not very high quality, and only has a few adjustments for light conditions or focus. However, it’s these low-tech qualities and limitations are what has drawn many photographer artists to it, including Jim. He has been using his and hand-coloring the images for over 25 years. We welcome you to read more about Jim’s artistic process using his camera.

The morning after he had taken the photos, as he was having breakfast with his friends, they heard the announcement on the local TV news that vandals had burned the pavilion down to its pilings. Jim’s photographs are some of the last ones taken of the pavilion intact. 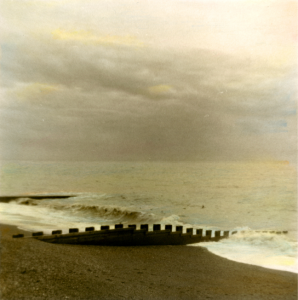 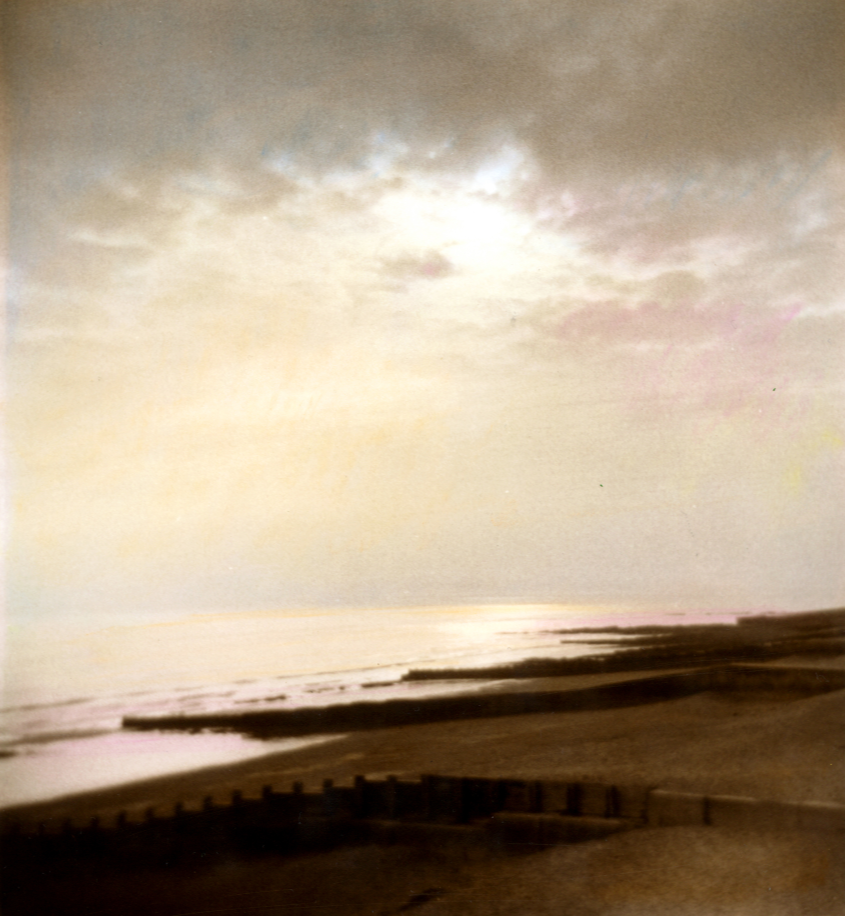 For nearly a decade since he took those photos, they have been continuously and widely used in commercials, TV shows – like Mistresses, The Affair, American Judy and Scandal to name a few – and several films. Their intriguing, almost haunted look is what has drawn so many people to use them in sets. And now, they will be yet another prominent appearance.

Jim’s four photos were selected to be used in the post-production film, Falling. The film is produced, directed by and starring Viggo Mortensen, with Laura Linney. Once the film is out, be sure to go and see if you can find Jim’s photos in it.

You can learn more about Jim Zver’s collection of work here at Sujac Studios.