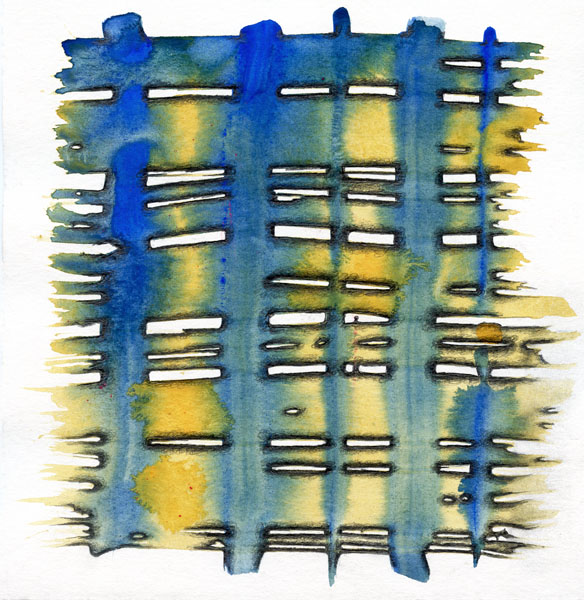 Two of Jim Zver’s Vallecas Suite drawings, Vallecas #6 and #13, will be used for the final and concluding season of the ABC crime drama series “How to Get Away with Murder” starring Viola Davis, Alfred Enoch, and Billy Brown. These two drawings were previously used on the show in 2018.

The Vallecas Suite is a series of eighteen drawings Jim created with watercolor and pencil during a three-month period in 2017 abroad in Spain. He stayed with his friend, Luis Rangel, in the Vallecas neighborhood of Madrid, Spain. Jim worked on the drawings both in Madrid and while traveling with his friends throughout the rest of Spain and on into Portugal.

During the first two months of August and September, he experimented with various drawing techniques and materials, and gradually limited himself to only watercolor and pencil. The eighteen drawings that comprise the Vallecas Suite were all conceived and completed during the entire month of October.

The Vallecas Suite drawings are primarily a collaborative balance between two different mediums; one improvisational and spontaneous, the other exacting, deliberate, and defining. The initial watercolor configuration in each piece was all done in Vallecas and was the element on which the pencil additions depended on for their form.

Vallecas was very well documented in photographs by Robert Capa during its heavy attacks in the Spanish Civil War and has been a traditionally working-class neighborhood with a long history of anti-establishment and alternative lifestyles. Jim explained in detail that, “It is appropriate and no surprise that the anti-right wing movement, the “Indignados,” began there and organized the enormous demonstrations in the Puerta del Sol, from which the political party, Podemos, was formed. Its leader, Pablo Iglesias, is a native of Vallecas. I am happy and feel privileged to have been in Madrid at this time and was able to witness these demonstrations firsthand.”

Today, Vallecas is home to a great many young artists, musicians, and television personalities, as well as a large number of recent emigrants from Peru, Ecuador, Morocco, and Eastern Europe. This makes for a very colorful street life. It also has the best food markets and transportation in Madrid. The Prado, Reina Sofia, and other major art venues are twenty minutes away on or near Paseo del Prado.

Of his drawings, Jim says, “I don’t believe any of Vallecas’ history, leftist political leanings, a mix of cultures, etc., find their way into these drawings in any consciously direct or deliberate way. They are, as is all my work, an exploration of the strengths and limitations of materials and mediums and how they shape and inform my abstract ideas. But my leisurely stretches of uninterrupted time in Vallecas, over excellent morning coffee and wonderful Spanish vermouth in my favorite cafes in the evening, allowed me the periods of pleasurable concentration in which to do them.” 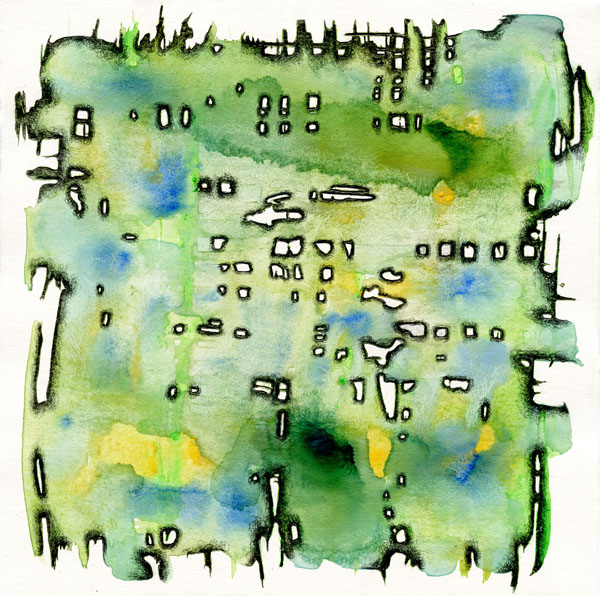 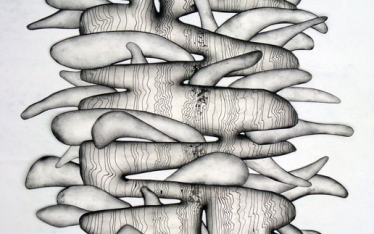