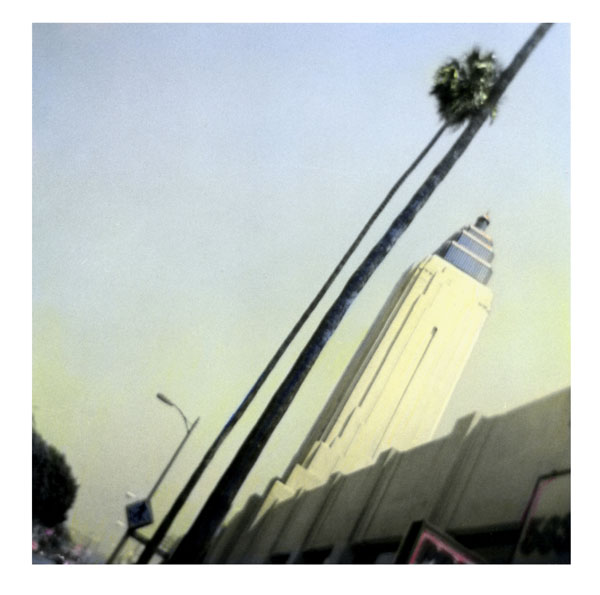 Los Angeles is studded with Art Deco buildings but I particularly noticed the one on these photographs because it was on a section of Hollywood Boulevard that had seen better days and it stood out as a bit of 1930s Hollywood glamor in stark contrast to its shabby surroundings.  It was on a route I often took so I had occasion to see it at every time of the day and in all kinds of lighting and weather. These photographs are two of many I took over several years.

The Holga camera is a simple and inexpensive Chinese camera.  It uses 2 ¼” x 2 ¼” film but has a low-quality lens and few adjustments for light conditions or focus.  These low-tech qualities and limitations are what has drawn many photographers and artists to it. I have been using mine for over 20 years.

Several years ago I discovered a way to bypass the darkroom when working with Holga negatives and it has opened up and renewed my interest in the camera. This is how I arrive at my hand colored prints:

This is the final, printed version of the photograph. 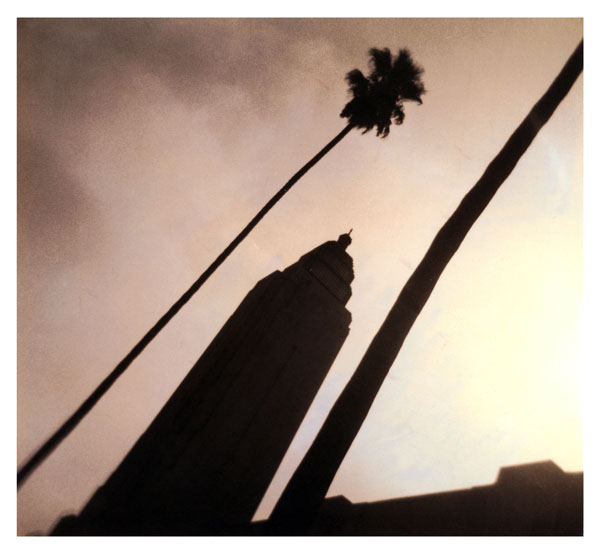